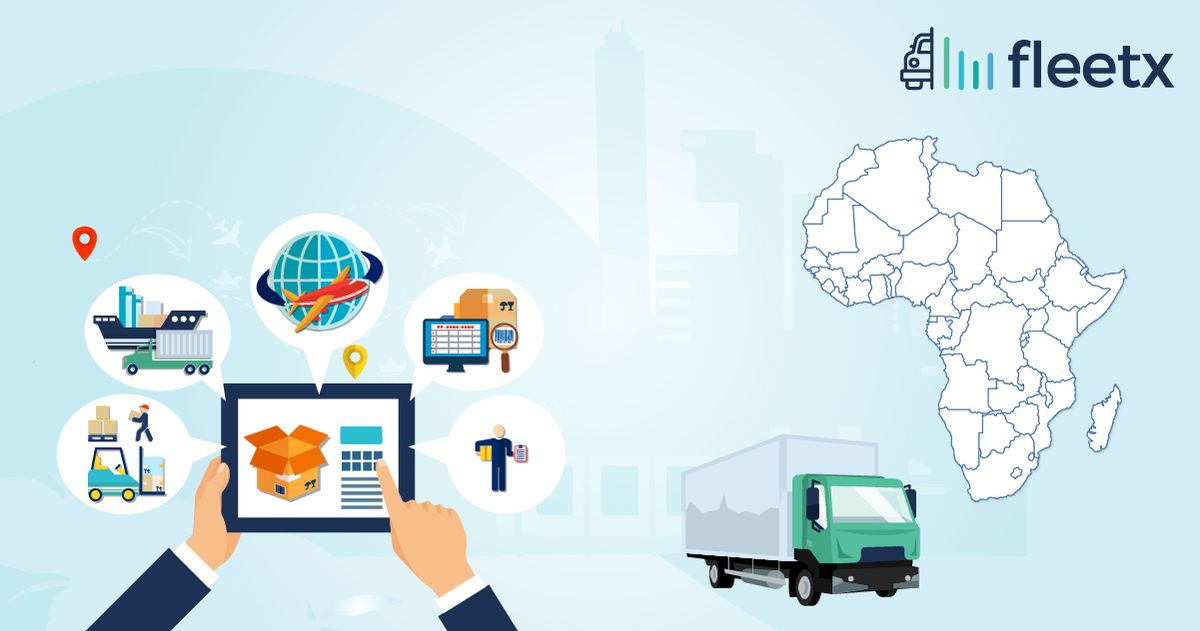 Africa is the second largest continent, with a population of 1.4 billion as of 2021. The continent is spread over five regions: Northern Africa, Eastern Africa, Middle Africa, Southern Africa, and Western Africa. Over the past few decades, Africa has seen tremendous economic growth with a boost in investment, improving supply chain connectivity, easing the business environment, infrastructure & development, and regional economic cooperations (RECs). The growth engine has slowly transitioned from resource export-based to manufacturing, which can be seen through increasing investment in the manufacturing and service sectors. The growth is also aided by the fact that most of the population is young, with the median age being 19.8 years.

However, a shift towards manufacturing requires strengthening the essential elements of the supply chain, including logistics infrastructure, road network, simplifying compliances, and electricity & connectivity penetration, which has not developed at the same pace to sustain the shift. Supply chain shocks like the coronavirus pandemic, geopolitical tensions, and rising inflation have all hampered Africa’s manufacturing growth. World Bank has predicted a growth slowdown across Africa, particularly in Sub-Saharan Africa.

Coming to the production and consumption of goods, Africa is a major player in exports; however, it also has an enormous domestic demand. Road transportation is the most dominant form of commercial transportation on the continent. According to the UN’s Economic Commission for Africa, roads accounted for over 80% of all commercial transportation of goods, particularly in Sub-Saharan Africa. Due to inefficiencies, physical bottlenecks, and poor connectivity, transport cost for certain African countries is relatively high compared to countries outside the continent. For example, the average cost to transport a container within the west and central Africa is US$ 2.43 per kilometre, 1.5 and 2.2 times the freight rates applied in South Africa and the United States, respectively.

Transportation cost is even higher for some landlocked countries in Central Africa, accounting for 35% of the value of exports and more than 45% value of imports. UNCTAD’s recent press release attributes the high cost of transportation to several external factors, such as delays, geographical constraints, political instability, and deteriorating navigation conditions. Moreover, a World Bank study estimates that each additional day in transit costs, on average, 0.8% of the total value of the goods transported and that the landlockedness of a country increases freight costs by around 50%.

Summarising the findings from several studies and reports, three solvable challenges are responsible for delays and the high shipping cost in Africa.

Using technology can significantly cut costs and eliminate unwanted delays in transport; however, the poor quality and accessibility of the internet across the African continent have prevented it from unlocking its full potential. According to International Finance Cooperation (IFC), Africa has among the lowest internet access in the world, with only 22% of its population having access to the internet. Moreover, the movement of goods between countries in Africa involves transit paperwork, and archaic systems used by authorities contribute to these delays, which can be avoided through the implementation of technology for border control and security checks.

Lack of internet connectivity and infrastructure also prevents transporters from using modern tools and technologies such as Fuel Management systems or Telematics systems which can help them track their trucks or improve the efficiency of their operations and reduce their operating cost. Thus, poor technology prevents governments and businesses from making the supply chain more efficient.

Despite the rapid development of infrastructure in the continent, current infrastructure capability is pretty limited to handle increased domestic and international transportation. According to Brookings Institution, Africa has only 31 km of paved roads per 100 square kilometres of land compared to 134 km per 100 square kilometres in other low-income countries. The quality of the paved roads also dramatically varies, with most of them not being maintained well.

Moreover, Africa’s transportation infrastructure distribution is unequally allocated as some regions are overequipped, and others are underdeveloped. The inequitable allocation of resources can also be seen in foreign investments received in the region. Road infrastructure is crucial to any business activity. Route planning systems have shown enormous promise when planning efficient routes by avoiding inefficient ones using satellite and traffic data. They also have great potential in Africa. However, improving infrastructure and connectivity remains the biggest challenge to the African continent. Thus, it would require intervention from governments and private players at the earliest to unlock the full trade potential of African countries. In addition, businesses can still opt for implementing technology-driven solutions in their manufacturing and logistics facilities. In-plant logistics solutions can help reduce operations inefficiency and overall cost.

There are a total of 54 countries in Africa with varying geographical advantages and disadvantages. Movements of goods also frequently occur across international borders. Hurdles can range from high import duties, complex compliances, changing physical infrastructure conditions, and security risks. Lack of coordination has also increased the cost of transporting goods for businesses, substantially reducing the ease of business and transportation on the continent.

Hurdles have been tackled through several regional economic cooperations in the continent between countries with substantial exchange of economic and trade activities. The cooperation aims to reduce trade barriers and improve infrastructure and connectivity between countries to make international transportation cheaper and more efficient. Moreover, a pan-Africa treaty called African Continental Free Trade Area (AfCFTA) is improving trade relations between countries. Improved national and regional cooperations will positively impact businesses as the connectivity and infrastructure would see a boost resulting from them, thus, improving logistics & transport operations and reducing the cost of businesses.

An interesting point to note is the share of revenue generated by African third-party logistics stood at 27.9 billion USD in 2020, which is still lower than 30 billion USD five years ago and around 10% of the United States 3PL industry. The growth of 3PL providers is a good metric for tracking technology adoption in any country or region. On that note, the African continent lags substantially behind.

However, with the current technology and infrastructure on the continent, businesses can do a lot to make their supply chain more efficient and reduce costs. For example, a low-cost SIM-based tracking solution can be implemented by businesses to improve supply chain visibility in their operations. Almost 50% of Africa's population has a mobile connection, making implementing SIM-based tracking solutions in commercial vehicles easier. The supply chain industry is ripe for digital disruption. Several e-logistics companies operating in the region use Big Data, IoT, and mobile technology to make the supply chain in the region more efficient while improving supply chain visibility.

To conclude, boosting physical infrastructure and connectivity are needed to facilitate an efficient movement of goods and transportation. In addition, technology has a massive role in facilitating the efficient movement of goods domestically and internationally. Governments and businesses in Africa can become early adopters of fleet automation technology and reap the same benefits by cutting operating costs and making operations more sustainable. Lastly, it will also aid in formalising the logistics and transportation industry and allow several macro and micro businesses to flourish in a conducive and efficient business environment in the region. 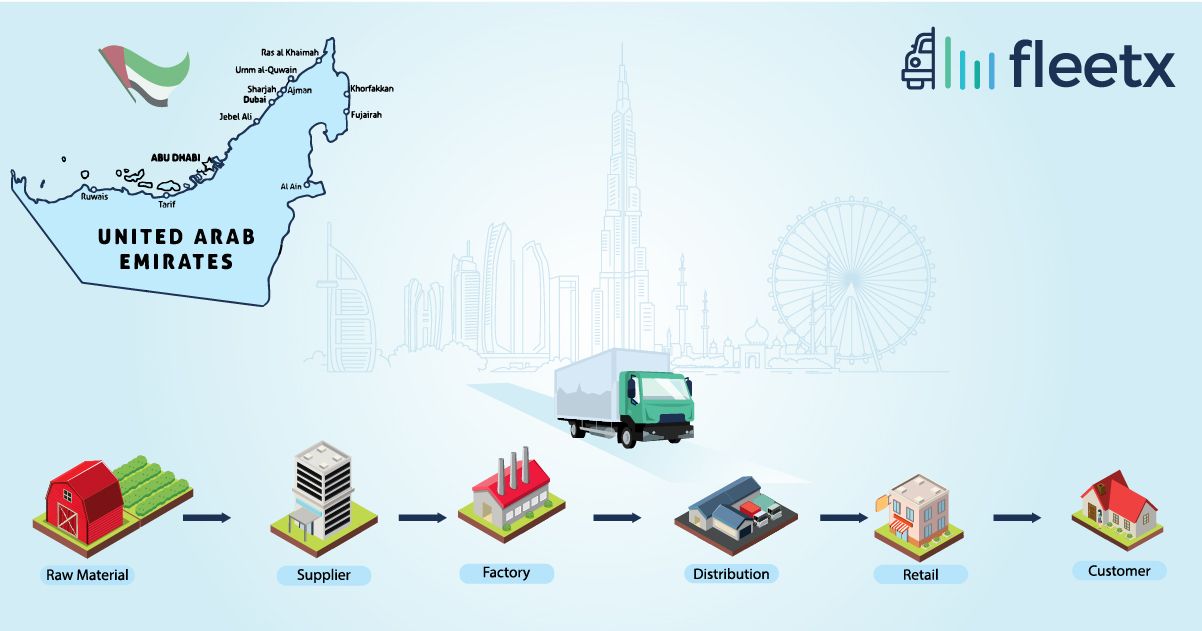 The scope of supply chain improvement in the UAE 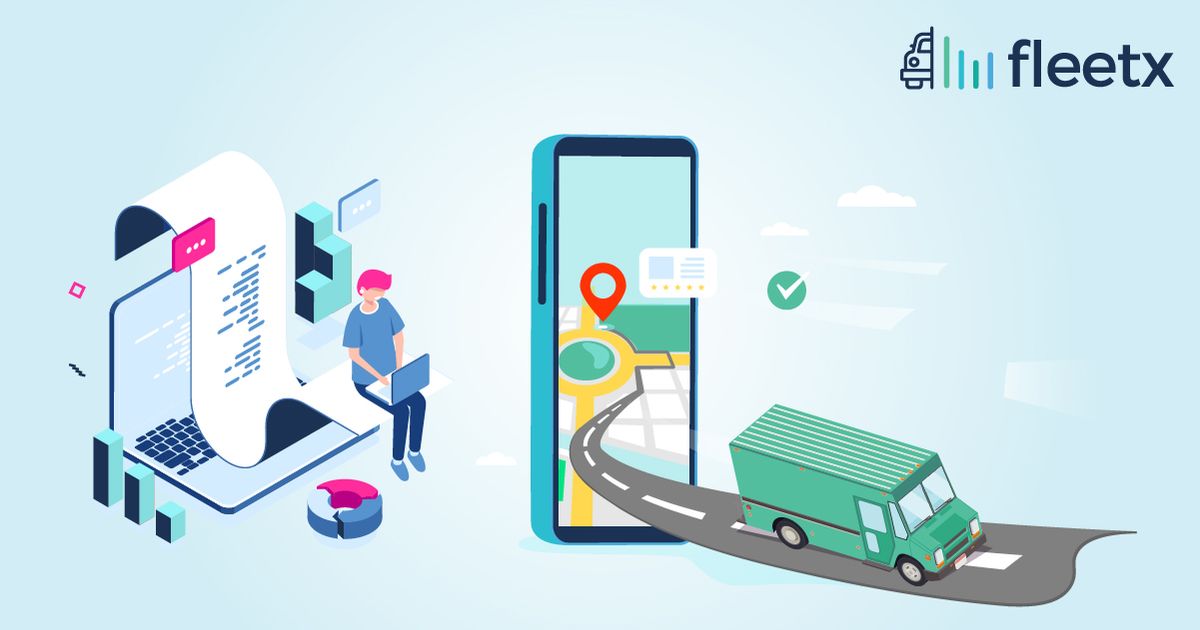 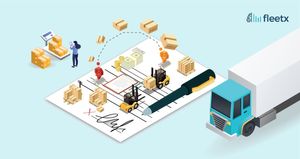 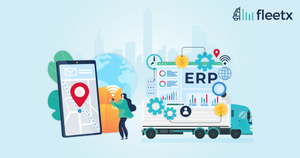 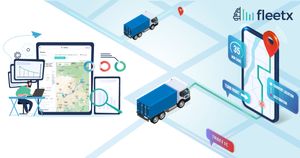 How can route planning reduce fleet expense for your business 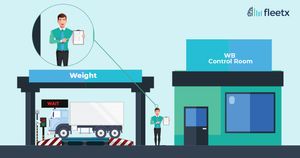 A complete guide to weighbridge maintenance and fixing weighing inaccuracy