Do you know how our ancestors navigated?
They erected beautiful monuments, read the stars in the night sky, drafted and read laboriously detailed maps just to navigate to a place. Fortunately, we don’t have to go through those extreme measures like our ancestors did, to keep from getting lost. That’s a big-big advantage. We are in a physical-growing, internet-enabled age. We put technology to its best possible use to improve the life that surrounds us.

Here is the most fundamental explanation of how a GPS tracker work.

GPS, as you might know, means Global Positioning System. It works with the help of constellation of 27 solar-powered satellites (24 are needed to make it operational, another 3 acts as an emergency reserve) orbiting around the earth at an altitude of 20000 Km. The arrangement is such that anytime, anywhere on the earth there are at least three satellites in the visible sky.

A Vehicle GPS tracker locates three or more of these satellites, calculates distances to each satellite and then uses this information to deduce it’s own location. The mathematical concept behind it is called trilateration.

This same concept is extended to satellites. This starts with getting the location of the satellites and then the distance from each satellite to you ( GPS tracking system). It takes the job of figuring out the location of at least three satellites by analyzing the radio signals being transmitted from GPS satellites. The tracker can then figure out how far a signal has traveled by timing how long it took the signal to arrive (being radio wave they travel at the speed of light), here you got the distances to each satellite. As explained earlier, each satellite can now be viewed as a circle with the radius being the calculated distance from the respective satellite to you  and, the intersection of these circles tells you the exact location.

What else can you get out of this process?

That's a vital and incisive sum-up of the information that you should be using for your fleet business, if any.

Learn more: How a right GPS tracker can help grow your fleet business?

Having A/B tested his career with engineering, CRM and Analytics, Piyush now translates all the excitement at fleetx into stories. Loves to eat, learn and ride.

Lean UX for the next generation fleet management startup - fleetx 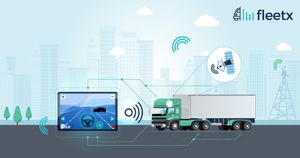 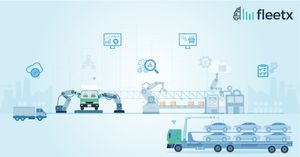 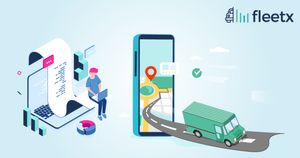 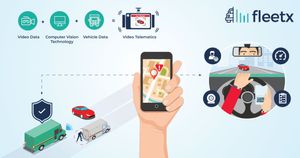