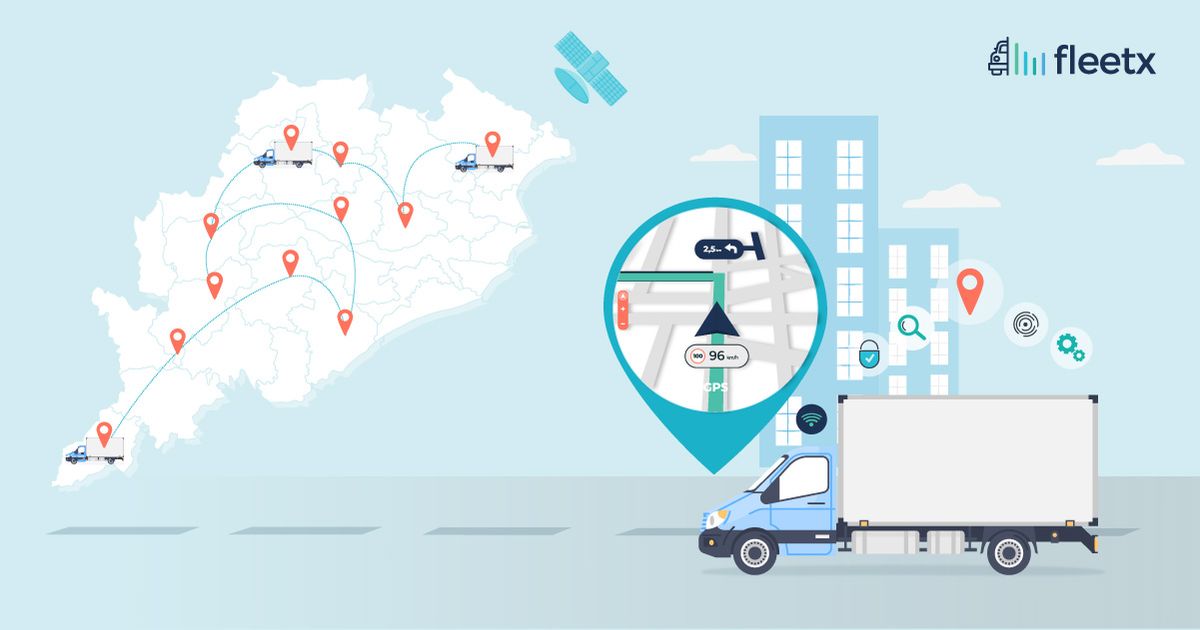 In continuing to expand our understanding of supply chain and transportation challenges and opportunities across different states in India, we now focus on Karnataka, one of the largest contributors to India’s GDP. Approximately 66% of Karnataka’s GDP comes from the services sector, most of which is due to the IT boom in Bengaluru over the years. Despite the rapid growth of the services sector, industries contribute 19%, while agriculture contributes 15% of the total GDP of the state. In numbers, agriculture is still the primary occupation in Karnataka 64.60% of the total land area in the state is under cultivation, with major crops like rice, ragi, jowar, oil seeds, and cash crops like cashews, coffee, and state produces raw silk. The majority share of India’s silk industry is also centered around Karnataka. Such agricultural products form a major chunk of the state’s export.

On the manufacturing end, some major public and private sector companies are headquartered in Karnataka, with several plants operating in the state. Heavy industry players like National Aerospace Laboratories, Indian Telephone Industries, Bharat Earth Movers Limited, and Bharat Electronics Limited, among others, are headquartered and operate in Karnataka. Additionally, several automobile and electrical manufacturing plants from TVS Motors, Tata Motors, Kirloskar, Larsen and Toubro, Bosch, and BASF are also situated in Karnataka, producing and exporting a substantial share of such products across the country and the world.

Karnataka hosts several other industrial units, including pharmaceutical factories, textile processing centres, steel factories, and sugar processing factories. Moreover, due to Bengaluru’s booming IT sector, India’s first semiconductor plant was sanctioned in Karnataka in May 2022 with a USD 3 Billion investment from ISMC. Lastly, the mining sector in Karnataka is also of great significance to the state. Important minerals like gold, quartz, iron ore, limestone, kyanite, and manganese are mined in the state. Hutti Gold Mine Limited is the only company in India producing gold by mining and extracting gold through its plants in Hutti and Chitradurga. In 2021, India’s first-ever Lithium reserves were also found in Karnataka in Mandya district, 100 km from Bengaluru, with an estimated 1600 tonnes of mineral.

State of Logistics and Transportation in Karnataka

Karnataka has one of the most developed infrastructures to facilitate the movement of goods and people across the state and country, with 3973 km of national and 9829 km of state highways. Despite such an expansive network of roads, Karnataka’s logistics and transportation sector face similar problems as other Indian states, including poor road connectivity, lack of facilities, and scope of bribery and corruption.

As a result, it slipped to the eighth rank in logistics ease across different states in the 2021 index. Some of the major problems reported in Karnataka related to Logistics and Transportation include cargo theft and lack of connectivity on major freight routes that restricts the ability of transporters and businesses to track their fleet accurately. Another major issue in Karnataka is the road freight rates, prices at terminal services and facilities provided to the logistics sector compared to other states like Gujarat and Haryana.

At a more micro level, inadequate parking and resting facilities across freight routes in the state also hinder the efficiency of transport operations. Several businesses have also highlighted the issue of unlawful profiteering by transport and trucker unions, causing issues for trucks and transport vehicles entering from other states and increasing transportation costs. The lack of dedicated rail networks and freight terminals between key hubs in Karnataka and neighboring states has also led to over-reliance on-road transportation by businesses.

How policies are changing Karnataka’s logistics and transportation landscape

The central and state governments have recently brought in several policies and regulations to tackle some of the most pressing challenges of India's logistics and transportation sector. An essential one is the National Logistics Policy 2022 unveiled earlier this year which focuses on increasing efficiency and reducing the cost of Logistics in India, which are among the highest across nations.

One of the biggest changes NLP brings is the classification of Logistics and Warehousing as an 'industry' from the earlier 'commercial activity'. Providing an industry tag to the sector will ease several activities essential for doing business, such as land acquisition, regulatory approvals, improved credit and investment access, and concessions in utilities such as electricity and taxes. Moreover, the industry tag will also allow labour laws to apply to workers in the sector, thus, easing their working conditions. NLP has several other features aimed at aiding PM GatiShakti National Master Plan, which in turn targets to enhance multimodal connectivity in India.

In addition, the Union Government extensively focused on infrastructure development for the financial year 2022-23. There were several key takeaways for the Logistics and Transportation from the budget, which have been explained in detail in National logistics policy blog on the Union Budget 2022-23. Some of the most crucial ones are the Unified Logistics Interface Platform (ULIP) announcement, which will tackle the issue of transparency in supply chain operations, either regulatory or operational.

The development of four multimodal logistics parks through the PPP model and 100 GatiShakti Cargo terminals over three years will further ease the movement of goods between states. Battery Swapping Policy introduced earlier in 2021, and the transition to a low carbon economy will further help businesses and transporters reduce emissions in the sector and electrify their fleet.

The government of Karnataka identified six champion sectors, including Transport and Logistics sector, out of twelve sectors identified under Champion Services Sector Scheme (CSSS) introduced by the Union Government in 2018. It was done by identifying key sectors that face efficiency challenges in the state through consultation with all stakeholders.

“Last week the Karnataka government also introduced a regulation making it mandatory for transport vehicles to be equipped with Vehicle Tracking Devices and an Emergency Panic Button.”

The primary motivation for such a regulation is safety, and the central government will provide 60% of the funding required to implement the regulation. Implementation of it will aid the government in centrally monitoring all vehicles and enable them to curb instances of over speeding, tax evasion and misuse of transport permits by transporters. The usability of a vehicle tracking system in the logistics and transportation sector in improving supply chain visibility and operating efficiency has been well established.

At the Invest Karnataka: Global Investors' Meet 2022 that took place last week, Indospace, one of the leading warehousing and industrial park developers, also signed an MoU with the government of Karnataka to invest Rs 3000 crores to boost the warehousing and logistics sector. The deal will likely influence other major investors and businesses to invest in Karnataka's logistics and transportation sector and further boost the state's capacity.

Karnataka’s position as a key hub for India’s logistics and transportation sector is well established through its contribution to the national GDP and export. However, as India pushes to reform its fragmented and unorganised logistics and transportation sector through vital reforms and digitalisation, states cannot be behind in their implementation and bring their policies to support it. After all, regulations are as good as the existing implementation capacity. Thus, Karnataka needs to improve connectivity and road networks connecting major freight hubs to improve supply chain visibility in operations within the state. Furthermore, businesses and transporters also need to actively participate and encourage the adoption of technology in their operation to aid the effort to modernise the transport and logistics sector. 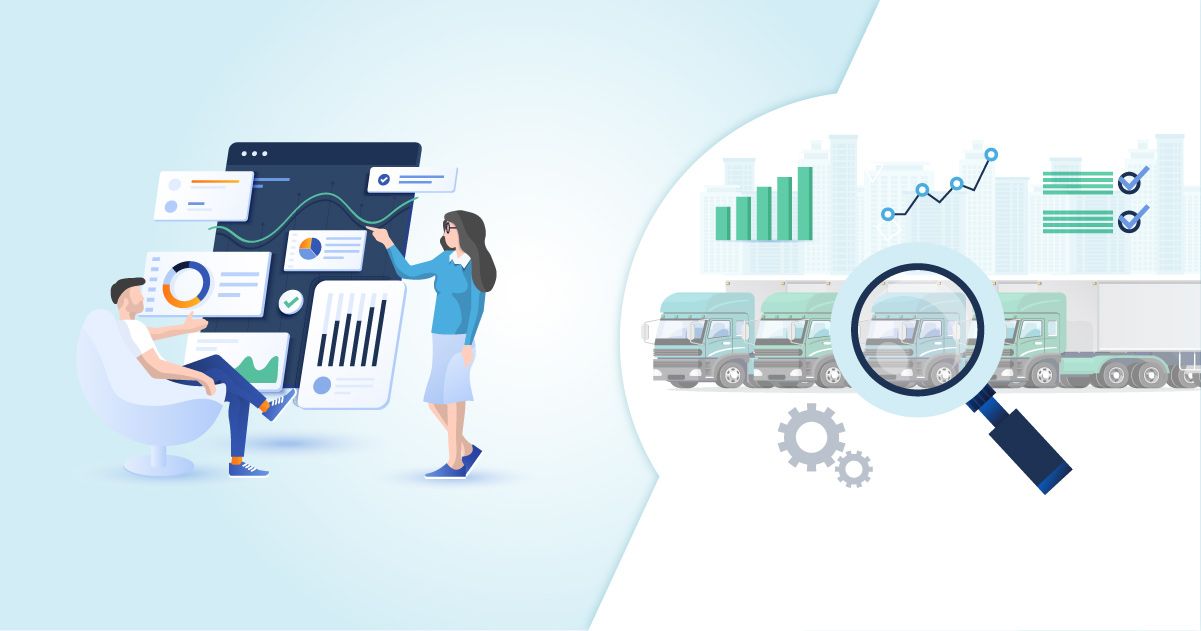 Why is cost optimization a must for fleet managers? 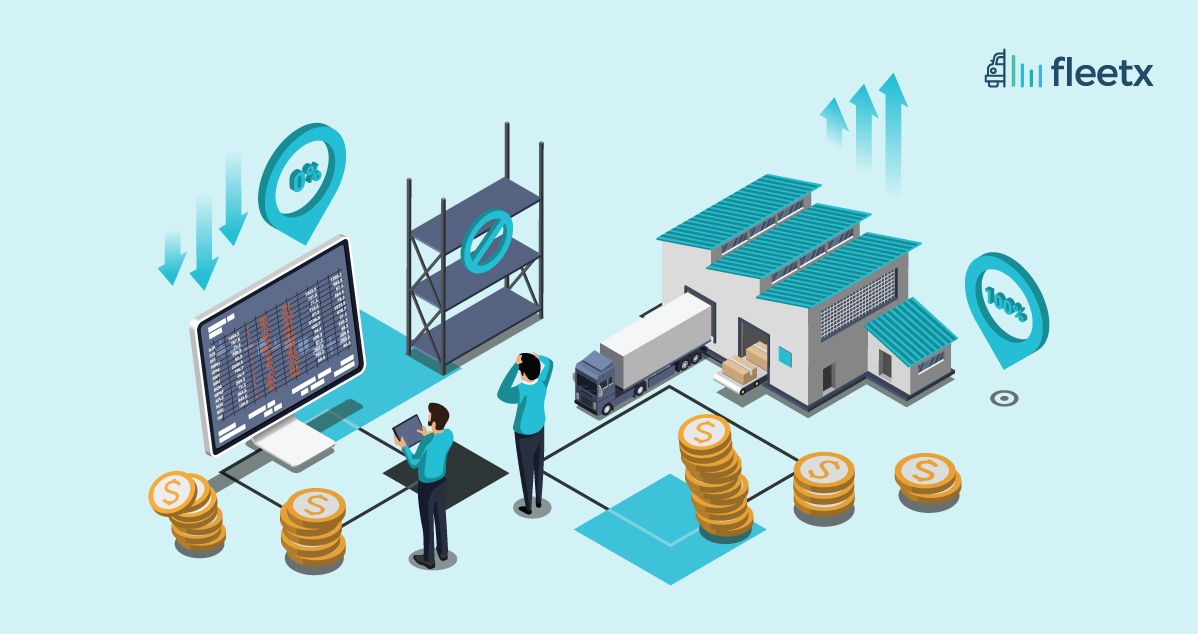 How to confront risk & fleet efficiency in cash logistic? 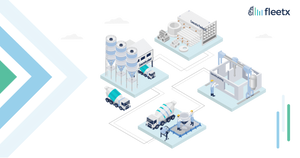 Cement Industry in a glance 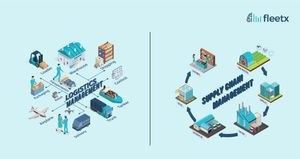 Why an efficient logistics system is must for supply chain? 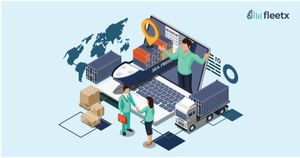 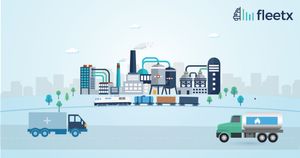