The series of recent fuel price hikes in India has reignited the debate around fuel economy. Although the retail consumer has been at the centre of the conversation about rising fuel costs and their impacts, commercial fuel consumers, such as enterprises in the transportation and logistics sector, have suffered the most. The article talks about the urgent need for improving fuel efficiency for transporters and how smart fuel sensors and fuel management systems might be the right tools the industry needs.

What is a fuel sensor?

The most common fuel gauges we come across are factory-installed fuel gauges that indicate current fuel levels on the vehicle. Although not very accurate, these fuel gauges provide the most basic fuel level information to the driver. Such fuel sensors might provide enough information required for personal use vehicles like cars or motorbikes. Still, they don't offer enough for its use in commercial services like transportation which engage a fleet of vehicles. Suppose the goal is to improve fuel efficiency and mileage for vehicles or fleets, then basic fuel level information is undoubtedly not enough.

Several types of fuel sensors are available in the market that differ in their technology, usage, and level of information they offer to the user. Each of these sensors are designed based on their use in mind. Let's briefly look at some of the most common fuel sensors and their benefits for the user.

The functioning of a float fuel sensor is pretty simple; as the name suggests, it uses a float made of foam that is suspended in the fuel tank and moves up and down with the change in fuel level. The float is connected to a metal rod that rubs against the resistor, sending signals from the vehicle battery to the fuel gauge present in the dashboard. As the float moves up or down relative fuel levels, the strength of the signal changes indicating a change in fuel levels. Float sensors are not highly accurate and carry an error margin in the range of 10-30%. Thus, its recommended use is limited to private vehicles and doesn't provide much information.

Capacitive fuel sensors can produce insights like fuel drain that help monitor fuel levels in real-time. Capacitive sensors are commonly used for heavy-duty trucks and other vehicles engaged in frequent transit. In addition, they are part of fleet management software solutions like a fuel management system or a telematics system. It uses a concept called the dielectric effect to offer more accurate information related to vehicle fuel consumption.

A two-part electrified rod made of an inner rod and an outer tube is installed through a hole in the fuel tank's upper part and is connected to the sensor. The fuel acts as a capacitive liquid. As it moves up or down the rod, its capacitance changes, indicating a change in fuel levels captured by the sensor. This information is then transmitted to the fleet or fuel management software which uses this information to provide metrics related to the fuel consumption of the vehicle. However, prior calibrations are needed to determine the value at each fuel level on the rod based on which sensor works.

An alternative to capacitive fuel sensors is ultrasonic fuel sensors that are widely used in modern fuel management systems and telematics software. They offer similar features to capacitive fuel sensors but use an ultrasonic transmitter. The transmitter is fitted at the bottom of the fuel tank and sends ultrasonic signals upwards. Then, the signals travel to the surface of fuel levels and are received back by the transmitter. Based on the time it takes for the signal to reach fuel surface level and back, fuel levels are calculated. Ultrasonic sensors also require prior calibration for each level of fuel in the tank. The information is processed and transmitted to telematics software providing real-time insights into fuel consumption and drain. These are quite accurate when installed in stationary units but the accuracy reduces when installed in moving vehicles. However, these sensors offer a unique benefit of not having to drill into the tank which is a requirement in several industries.

The fuel consumption required by the engine is calculated by flow sensors from the tank itself. It connects the fuel line between the engine and the fuel tank. Flow fuel sensors measure fuel volume passing through the fuel line per unit time and the metrics are highly accurate. The data is transmitted to a telematics or fuel management system, which can provide the user with per unit time consumption of fuel.

Why do transporters invest in fuel sensors?

Fuel cost is one of the largest operational expenses for transporters. As a result, companies ideally like to keep a stringent track of fuel fills and consumption to better manage their fleet operations, particularly in cases of long haul fleets. Choosing the right fuel sensor based on their requirement can help transporters track data related to fuel fills and fuel consumption accurately. Additionally, the ability to track fuel consumption by vehicles can help identify cases of fuel thefts which happens to be a recurring problem for transporters in India.

How to choose the right fuel sensor

Rising fuel prices have compelled transporters and heavy-duty fleet owners to focus on fuel efficiency for their fleet to stay profitable. Heavy-duty trucks with Full Truck Load (FTL) provide a mileage of around 2km per litre in India for several reasons, including poor maintenance, uneven roads, overloading, and inefficient engine performance. Thus, choosing a fuel management system has become the need of the hour. Capacitive fuel sensors, for example, provide the accuracy required for cargo trucks that move frequently, whereas companies in the construction industry can benefit from installing ultrasonic fuel sensors as part of their construction vehicle fuel management system because their construction vehicles do not move much and can benefit even more from more accurate measurement of fuel consumption.

However, the process of installing an add-on fuel sensor can also get quite difficult and complicated, which makes them not suitable for some users and vehicles. For example, installing the ultrasonic fuel sensor comes with a lot of caveats. Fuel tanks with complex shapes could cause signal distortion leading to inaccurate measurement. Pits or complex structures inside the tank could also affect the quality of measurements, making it more vulnerable to error. In addition to that, finding the right place to position the sensor inside the tank could also prove to be quite tricky. Similar challenges pop up with installing other sensors as well. Like the quality of fuel and temperature can affect measurements in flow fuel sensors. Hence, choosing a fuel sensor requires taking into account several factors including fuel tank size, fleet size, tank structure & shape, cruciality of saving fuel for business and several others.

Is a fuel level sensor important?

Fuel level sensors are used to check the amount of fuel in the fuel tanks of many types of vehicles, such as locomotives, ships, and vessels. Additionally, it can be used to keep an eye on the fuel levels in stationary fuel tanks and large generators.

What is the fuel sensor?

All vehicles have a fuel level sensor (FLS) that displays the fuel level. Fuel level can be determined using a variety of techniques, including capacitive, discrete resistors, resistive film, and ultrasonic. For this application, resistive-based sensors are most frequently utilised.

Arrival of 5G: What it means for Vehicle telematics?

Coal price hike: Why the time is now for businesses to focus on cargo theft and management. 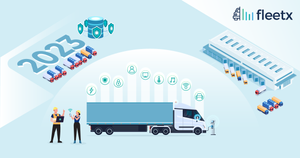 Revolutionizing the Fleet and Logistics Industry: Top Trends to Watch in 2023 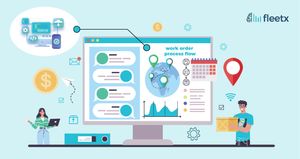 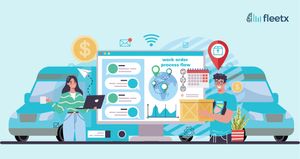 What is work order management in fleet management? 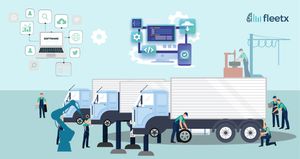